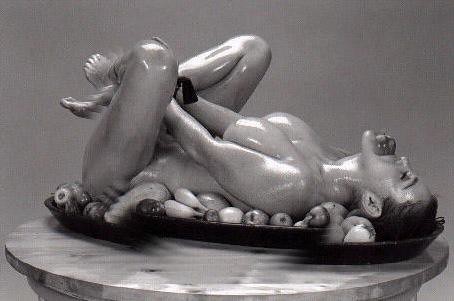 A time to look back on a wonderful year

When I learned to be grateful and to not answer back

You taught me so well, to learn to take pleasure

From baring my cheeks to be spanked at your leisure

Those memories you burned into my rosy red rear

As spankings and strappings often brought me to tears

My pants were pulled down and my bottom was bared

And no quarter was given, and no blushes spared

That time, in the park, when I gave you some lip

You pulled down my knickers and bared me, real quick

And you took my flat sandal to my now exposed bum

And you smacked to a rhythm, like beating a drum

With love and with passion you reddened my seat

Til I felt the heat grow in my plump luscious cheeks

And then, in our room, away from the crowds

You stripped me to fuck me, and your ramrod stood proud

When my bum is a-tingle and covered in stripes

I feel so alive and up for the fight

Your spankings ignite me, you set me on fire

So as we gather together this Thanksgiving Day

We should turn to our loved ones and earnestly say

“Thank you my dear for spanking my bum

I truly deserved it, and your spanks made me come!

Oh to be a Puritan. So many people doing so many bad things, and open season on public spankings and floggings. Those were the days!

Bend over the Desk

Grip the edge of the Desk

Arch your back above the Desk

Spread your feet to the legs of the Desk

Squeeze your buttocks against the edge of the Desk

Stripe your soft cheeks rising above the Desk

Cry with your face pressed into the Desk

Crush your breasts against the Desk

Entering you now over the Desk

Inspired by a couple of posts I read today, from The Migraine Chronicles and Shameful Desires. Thank you fo rthe inspiration, ladies.

Sadie dashed along the street and through the double gates leading into the alley, laughing as she went. Rick was hard on her heels and barely able to breathe with the combined effect of rapid exercise and laughter. He was also hampered in his running because he was trying to stop his open pants from falling to the floor and tripping him as he ran.

The couple ran up the alley and tucked behind a building about halfway along. Sadie leaned back on the brickwork, laughing and gasping, trying to catch her breath. Rick slid down and slumped on the floor at her feet. Sadie slowly recovered her composure and spoke first.

“Oh my God, that was hilarious. Did you see the look on her face?” Sadie was still struggling to get her words out.

“Sweet Jesus, Sadie. You will get us both hung, or at the very least kicked out of college. You’re just wild!”

“And don’t you just love me for it?” she replied, bending as she did to kiss him full on the mouth, wrapping her tongue around his like a boa constrictor. She reached her hand down into his still-open pants and groped for his limp, sticky dick resting there.

Sadie grinned. “I bet I could wake him up.” She rolled her tongue round her parted lips as she spoke.

“I’m sure you could. For the third time today. There is sometimes too much of a good thing, you know. Anyway, just check and make sure no one saw us come in here.”

Sadie stood and leaned around the edge of the wall, clutching the downspout and peering round. Ahead she could see the High Street, with shoppers walking up and down enjoying the late summer heat. As she scanned the street, Sadie felt a waft of air as Rick lifted her short flowery skirt and tucked it into her waistband. She wiggled her buttocks to signal her pleasure and was rewarded by the feeling of her panties being slowly dragged down over her smooth bottom.

Rick noted the sticky strands of his cum clinging to the gusset as he rolled the panties down to Sadie’s mid-thigh. He was now up on his feet in a crouch as he stroked up the smooth thighs that had so recently parted for his delight. His fingers probed her hot, sticky slit and Rick thought back to their illicit fuck behind the curtained partition in Zeta’s. Sadie had been trying on a dress when Rick saw her panties fall to the floor under the curtain, and then her hands slid down to grasp her ankles. A quick glance showed no-one nearby so he had ducked behind the curtain. He had the delightful sight of Sadie’s bare bottom bent tight, with her pussy wet and welcoming. He had quickly unzipped and plunged his length into her sopping cunt. After a dozen strokes Sadie had started screaming her cum as Rick desperately tried to finish. He was still shooting spunk as she stood, whipped up her panties and dashed from the store. The manager had been open mouthed aS Sadie dashed out, leaving Rick with his slowly deflating cock waving around and his pants at his knees. He had tugged up his pants and fled.

The memories stirred his cock once more, yet he felt cheated in that fuck. This time would be under his control. Rick pulled his hand from between Sadie’s warm, soft thighs and smacked her hard on her pale skin. He watched as the white imprint from his palm quickly suffused with pink. Sadie gasped. “Rick! What the fuck? People can hear!”

“Didn’t seem to trouble you in Zeta’s. Now keep watch, and stick out that butt.” Rick proceeded to spank her delicious cheeks with a steady rhythm, enjoying the ripple and rebound after each spank. He remained crouched, and studied each impact almost scientifically. He targeted different areas of her butt to watch the effects, all the time enjoying the increasing redness he was instilling. Sadie moaned and stuck out her butt for more.

“Oh my God, Rick! Why didn’t you do that before? Mm, that feels good,” moaned Sadie, and then yelped as a particularly sharp smack caught her at the base of her buttocks.

Rick stood now, to get a better angle. He stood to Sadie’s side, facing her butt. He pushed down lightly on her back and she took the hint to dip her back and thrust her buttocks out further. She was now clutching the drainpipe for balance with her back parallel to the concrete pavement beneath her. Rick now had Sadie where he wanted her, and her buttock cleft was nicely exposed, and he spanked her across the very centre of her bum. He then dipped a finger down into her wet pussy and trailed the juices up to her tight anal ring, then used her juices to lubricate her hole. He squeezed his fingergently past the ring of muscle and into her back passage. Sadie squealed at the invasion, but she was at his mercy, and after a moment Rick started to gently finger-fuck her bum-home.

Sadie relaxed into the new sensations and moved with the rhythm. Rick alternated his fingers between pussy and ass, creating a sticky mess all around her sex. Ater a while he decided he wanted a better views so he changed positions again, and knelt behind her to lap up her juices and lubricate her ass some more. Satisfied, he stood, and slid his hard shaft into her sopping pussy, before pulling out to dock the tip against her anus.

“As this is your third fuck today, I think we should give your pussy a rest this time,” he said, as he pushed forwards and slowly squeezed his dick into her ass. Sadie said nothing. She just clung to the downspout and pushed backwards to welcome her lover once more.

* this story was inspired by a post from Wet Bliss, and the challenge she set me.

This site contains adult oriented erotica. You must be 18 years or over to stay. If you are under 18 and understand or care about this stuff, shame on you and your parents.
Follow SPANK ! on WordPress.com

"You don’t appreciate a lot of stuff in school until you get older. Little things like being spanked every day by a middle-aged woman. Stuff you pay good money for in later life.”
Elmo Phillips

Wet dreams from the past

Going Down The Road With The Leu's

We are exploring North America in our RV

The journey is the destination

Smile! You’re at the best WordPress.com site ever

Take chances, make mistakes. That's how you grow. Pain nourishes your courage. You have to fail in order to practice being brave. - Mary Tyler Moore

Discerning erotica for those with a desire for discipline

[No cats were harmed in the making of this blog. They all love to be spanked.] Exploring the psychology 'behind' spanking through fiction and poetry. Because, nothing says 'I love you' better than a red, sore, bare bottom. Comments welcome and discussion encouraged. I believe spanking between consenting adults leads to closer and more intimate relationships. Spanking is not a kink, not a fetish, not a lifestyle, but rather, a healthy and honest means of communication. Let your mind free and respect will follow. Contact me lurvspanking@gmail.com

The Art and Craft of Blogging

Lots of Spanking, some sports, and anything else that may be on my mind on a particular day

The Lives Of The Elite Vixens

“She was a vixen when she went to school And though she be but little, she is fierce.”